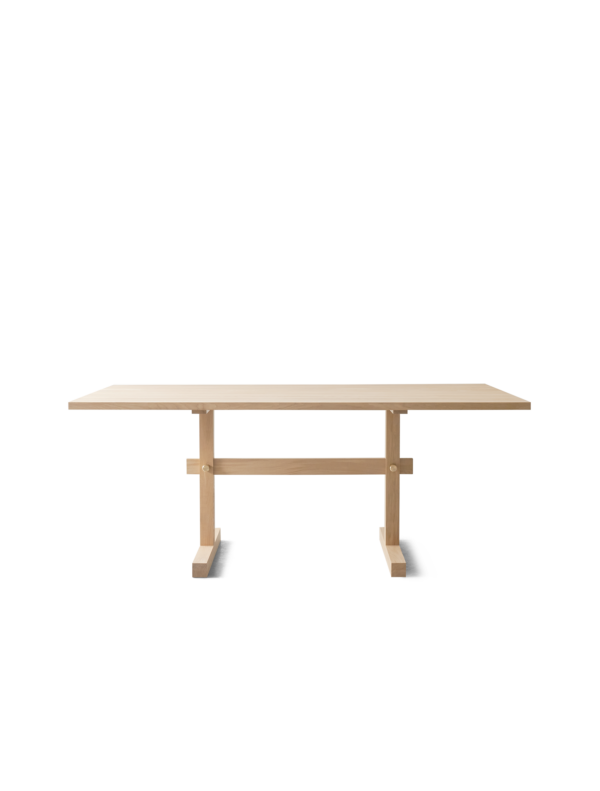 Gaspard dining table is defined by a stringent silhouette and clean lines. The clinical level of details and caricatured simplicity, makes the material speak for itself. The construction is practical and simple down to the very last detail, making it an elegant and sturdy table. The table comes in two sizes, making it perfect for both dining area and home office. Crafted in solid oak and linoleum. Pegged details in brass or light aluminum.

There are no reviews yet.

Be the first to review “Gaspard 180” Cancel reply

For generations our ancestors lived in traditional half-timbered houses first in villages and later after relocating in the countryside. The way our early half-timbered houses were built made it possible to move the houses several times over generations and then rebuild them based on the original wood structure of the house. The assembly detail of Gaspard – a simple brass peg – refers both aesthetically and functionally to this inherent skill and thus solve the challenge when Gaspard is to be packed, set up, separated and reassembled.

Solid oak or wooden core with linoleum and oak veener.

Stay updated and sign up to our Eberhart newsletter —